Australia has a long history of natural disasters including bushfires, floods, earthquakes, storms, cyclones and landslides. Moreover, Australia’s natural disasters have been particularly damaging in recent years. Certainly, in terms of loss of life and economic impact. Consequently, as natural disasters continue to increase it may make insurance challenging for some Australians.

The deadliest cyclone in Australian history, and probably the most intense tropical cyclone ever recorded in the Southern Hemisphere. As a result of the cyclone, settlers found fish, sharks and dolphins several kilometres inland, and rocks embedded into trees.

Tropical Cyclone Tracy devastated the city of Darwin, NT from 24-26 December 1974. Darwin residents were celebrating Christmas, so they did not realise the immediate emergency. The slow response was partly due to an earlier cyclone (Selma) alert passed west of the city, so people continued their celebrations.

During Tropical Cyclone Tracy wind gusts reached 217km/h before local weather instruments failed. The anemometer at Darwin Airport control tower had its needle bent in half by the strength of the wind gusts.

The Thredbo landslide was a catastrophic landslide that occurred at the village and ski resort of Thredbo, New South Wales, Australia, on 30 July 1997. It resulted in the destruction of two ski lodges and 18 people died. Stuart Diver was the only survivor. 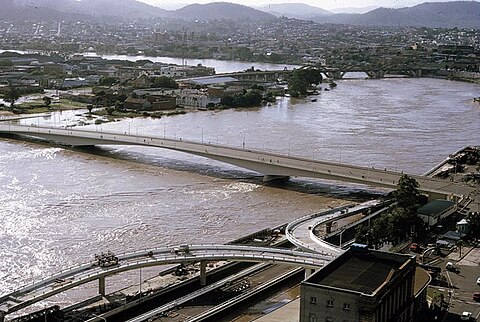 In January 1974, a flood occurred in Brisbane, Queensland following three weeks of continual rain. The Brisbane River, which runs through the heart of the city, broke its banks and flooded the surrounding areas and suburbs. The cyclone that caused the rain and flood also impacted other surrounding cities, namely Ipswich, Beenleigh, and the Gold Coast.

The Black Saturday bushfires were a series of bushfires that either ignited or were already burning across the Australian state of Victoria on and around Saturday, 7 February 2009. It was among Australia’s all-time worst bushfire disasters. The fires occurred during extreme bushfire weather conditions and resulted in Australia’s highest-ever loss of human life from a bushfire, with 173 fatalities. Many people were left homeless as a result. 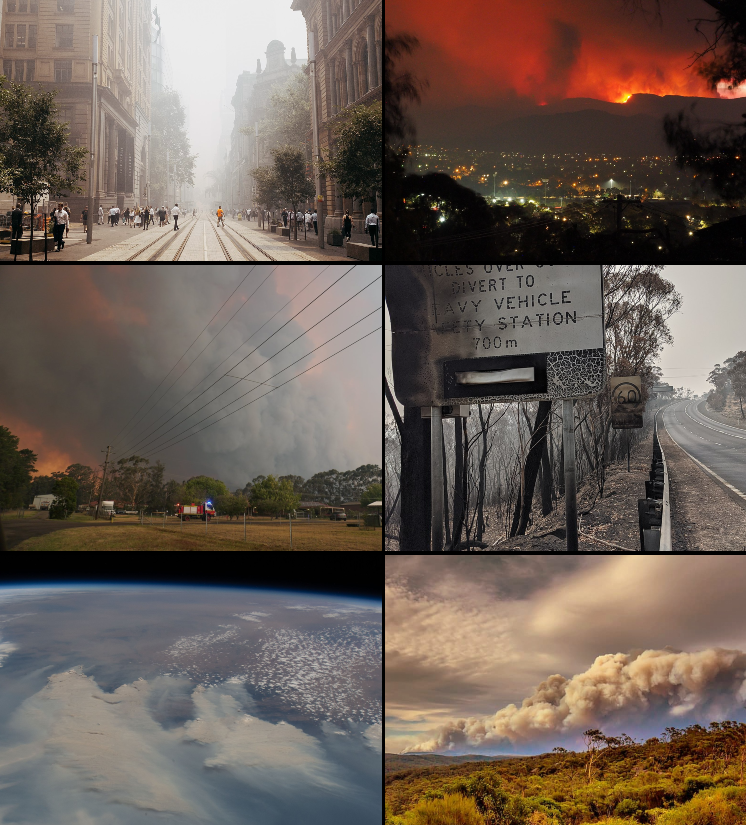 The 2019-20 Australian bushfire season, colloquially known as the Black Summer, was a period of unusually intense bushfires in many parts of Australia. From September 2019 to March 2020, fires heavily impacted various regions of the state of New South Wales. In eastern and north-eastern Victoria large areas of forest burnt out of control for four weeks before the fires emerged from the forests in late December.

Severe Tropical Cyclone Yasi was a powerful and destructive tropical cyclone that made landfall in northern Queensland, in early 2011, causing major damage to the affected areas. Originating as a tropical low near Fiji on 26 January, the system intensified to tropical cyclone status during the evening of 30 January. Yasi deepened rapidly over the next 24 hours, and was classified as a Category 3 cyclone at about 5 PM AEST on 31 January 2011. Late on 1 February, the cyclone strengthened to a Category 4 system; then, early on 2 February, the cyclone intensified into a Category 5 Severe Tropical Cyclone. The system had a well-defined eye and continued to track west-southwestward, maintaining a central pressure of 930 hPa and a Dvorak intensity of T6.5 into the evening.

Whilst natural disasters are unavoidable and will continue to happen until the end of time, we can take every precaution to help better protect ourselves. For more information on ways you can cover your business on devastating natural events like fires, cyclones, damaging storms contact us today for a chat.

General Advice Warning: This advice is general and does not take into account your objectives, financial situation or needs. You should consider whether the advice is appropriate for you and your personal circumstances. Before you make any decision about whether to acquire a certain product, you should obtain and read the relevant product disclosure statement.

Get clear on how to protect your business.